Insurance companies are gradually moving to coerce private drivers to install telematics devices in their vehicles in order to attract a lower premium, and it’s not just young learner drivers that are being targeted. However, there is a huge privacy backlash, and there are some serious problems to be overcome, too.

What are vehicle telematics?

A black box is installed in your vehicle and it monitors almost everything you do: braking, accelerating, the g-forces when turning, your GPS position, how often you drive, how far you drive, when your vehicle is serviced and more. It’s like a highly advanced trip computer. As you drive you build up a profile of your driving habits and this data can be used for all kinds of things, but predominantly to assess your insurance risk and how hard you are on your vehicle (i.e. how much wear and tear you are likely to cause). 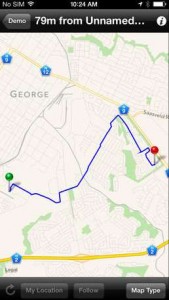 In an accident a telematics system can function like an aircraft’s black box and provide vital clues as to what went wrong. They can even be used to encourage more economical driving.
Most smartphones can function as basic telematics systems measuring acceleration and GPS position, but they won’t be able to measure much else about the vehicle itself. If you do a search in the app store of your particular smartphone you will find any number of options.

In the UK telematics policies account for about 1% of the car insurance market. Allianz has been trialling a system with 80,000 vehicles in Europe since 2007. In fact, in October 2015 all new cars produced in Europe must include the European Commission’s eCall system which calls emergency services if the vehicle is in an accident, or if a driver or passenger in a vehicle witnesses a serious accident.

How would usage-based insurance work?

The concept is PAYD (pay as you drive) or PHYD (pay how you drive). Your insurance company already knows a lot of personal details about you – your age, claims history, gender, where you keep your vehicle, what type of vehicle you have and how desirable it is to thieves, etc. From this it builds up a risk profile. What it doesn’t currently know is how you drive and where you drive. You could be driving and parking in high-risk neighbourhoods at high speeds, or you could be driving a moderate speed in suburban streets outside of rush hour. Therefore insurance looks at the average risk.

Usage-based insurance would take your driving profile and calculate a much more accurate risk.

These parameters might include maximum speed, maximum recommend g-force under braking, cornering and acceleration, types of roads travelled on, times travelled, and so on.

How do you install a telematics device?

Telematics devices usually consist of some kind of ‘black box’ which sits either in your vehicle or in the engine bay, plus a dongle that plugs into the OBD port. Smartphone-based applications are much cheaper than dedicated applications, but smartphones require the user turns it on every time they are in the vehicle and not accidentally leave it on when they’re in the bus or on a bike.

Black box telematics devices are usually installed by a licenced or approved installer.

The disadvantages of telematics

The main problem with telematics is that it just collects data and doesn’t measure actual skill.

For example, take driver one: a driver that ventures out a couple of times a week to go shopping, consistently drives at or under the speed limit but has extremely poor spatial awareness and has scraped the paintwork numerous times and caused no end of near misses driving an old car without many safety features. Driver two, however, has over a million kilometres under their belt, has completed advanced driver training, drives an expensive and capable modern sports car and occasionally lets their speed creep up when conditions are clear and dry. Driver three only usually drives in rush hour, drives moderately and sensibly in a fairly modern car with some safety features.

Looking at raw data what you will see with driver one is low-speed acceleration (which can be very frustrating for other drivers causing them to make erratic movements to get around the slow driver), low-speed cornering, possible late and sharp braking (which is a clue to a poor driver), average low speeds, but most likely a set of parameters that would make the driver seem like fairly low risk. Driver two’s data will show faster acceleration, greater cornering g-forces, possibly later braking, and occasional excessive speed. Driver two might be instantly deemed to be a high-risk driver because their driving falls outside a set of ‘guidelines’. Driver three might look fundamentally to be low-risk, too – slow, sensible driving at slow speeds; but what about when driver two takes the occasional journey on the open road where the situations and speeds are dramatically different? Does this make driver three a bigger risk now?

Those data points will all be collected and analysed over a period of time to assess actual risk, and insurance companies will have to determine whether it’s causation or correlation.

Telematics cannot foretell that you will have the tyre blowout on the corner and crash into a tree. It can’t tell that a roo is going to run out in front of you on that one random trip you take into the outback (although, it could guess that’s a risk if you live in the outback). It won’t know that you are going to be diverted because of an accident, you decide to park up and have some dinner somewhere in a slightly less salubrious suburb until traffic dies down and your car gets stolen. Therefore there will always be unknowns – it’s never going to be perfect.

Telematics is expensive for insurance companies

Think about all that data. Who is going to store it? Who will analyse it? How will it remain secure?

Telematics systems can store second-by-second data that could be overwhelming. How is the data transmitted? Is it always stored on the car, or is it uploaded?

Not all data would necessarily need to be kept to calculate risk. Over time, insurers will develop more accurate profiles of the type of driving that causes greatest risk (excluding random events).

Telematics will initially attract drivers that consider themselves drivers that would adhere to ‘safer’ methods of driving. They would get the initial benefit of lower premiums. Traditionally, with the exception of an insurance no claims bonus scheme, all drivers pay into a pool that is then used to pay out whenever any driver has an accident, and therefore the playing field is fairly level. Once you remove the lower risk drivers from the pool and give them lower insurance, the remainder of the drivers have to subsidise the high-risk drivers, which means overall premiums will rise for them. This could eventually trigger mass adoption.

By monitoring where you go and at what time your insurance company can start to make other assumptions about your life, and if the data were to fall into the wrong hands, this could give criminals a huge amount of information about your daily movements.

Questions asked by drivers include:

As we’ve just found out this week that 1.2 billion (yes that’s BILLION) passwords have been stolen recently by hackers, how can we keep this kind of data secure? The answer is that it’s almost impossible. If this data becomes extremely valuable, then there will be a market for buying and selling it.

The advantages of telematics

The ‘broad brushstrokes’ advantages are:

While telematics is appealing to insurance companies because it means they can be more profitable, vehicle manufacturers are separately rapidly implementing technology that reduces the accident rate. Many cars now come with pre-crash detection and/or avoidance system which detect if a crash is imminent and brake to either reduce the risk of injury, or prevent it completely – Subaru’s Eyesight and Volvo City Safety are two such systems, and they are becoming more mainstream.

Vehicles offer ever better brake and suspension performance which improves stopping distances, and now the ESP is mandated on all new cars, the accident rate involving cars sliding off the road should start to decline, which (in general) it has.

Where does this leave us?

Certain classes of driver will not be affected by this: they are the drivers that don’t bother insuring their vehicle anyway. For the rest of us, insurance companies are likely to progressively introduce cheaper premiums for vehicles with certain safety features – this is already a reality in many countries – and eventually there will be a tipping point. It will disadvantage some drivers (particularly those with older cars), but it should reduce the overall cost of insurance and (hopefully) reduce accidents and fuel usage.

Telematics is likely to reach critical mass in commercial applications first where there is more of a demand to reduce fuel consumption, and eliminate accidents (which tend to take a productive vehicle off the road meaning it can’t be making money).

0 comments on “Vehicle telematics will change your vehicle insurance”

1 Pings/Trackbacks for "Vehicle telematics will change your vehicle insurance"