Around five children are killed and 50 children injured each year in driveway runover accidents. As the majority of these children are toddlers, the injuries can be very severe and crippling if they do survive. Toddlers can move quite quickly and are difficult to see, especially out of the back window of a ute or SUV, and they do not understand the concept of traffic moving and being dangerous.

It’s usually the parents or a relative that runs the child over, something that can be devastating for a family. When a parents leaves the house, an inquisitive toddler may follow. Or, if the play areas are not fenced, children can stray onto the driveway. The accidents are common where the visitor is in a hurry to leave the property and doesn’t properly check behind the vehicle before reversing. Even low speed accidents can be fatal if the child is run over by the tyres.

If you have tradespeople visiting the house, ensure that you know where your children are when they leave as they are likely to be driving a van or ute with limited rear visibility.

Factors that increase the risk of a driveway runover:

How to stop driveway runover accidents

Make sure another adult or a responsible older child (mid-late teens) is looking after any younger children and that they have them under control. Check behind your vehicle before you reverse, and keep an eye on all mirrors as you reverse. If you are driving your children somewhere, check that they are all in the car and belted up before you leave (you’d be surprised at how frequently an absentminded parent could leave a child out of the car when under pressure).

Check that the windows are clean and the mirrors are positioned correctly (read our guide here).

If you are the only adult in the house and you need to move a car, put your children in the car with you while you move it.

Almost all new cars have reversing sensors and/or a reversing camera. While you shouldn’t rely completely on them because a camera can distort the image or be fogged up, they will help immensely. It’s possible to retrofit sensors and a reversing camera to almost any car. There are do-it-yourself kits, but it’s best to ensure that when you purchase one that it automatically detects when you change into reverse gear and turns the camera on.

More expensive cars have multiple cameras and can create more of a simulated surround view, such as the one in the Honda Odyssey, shown below. 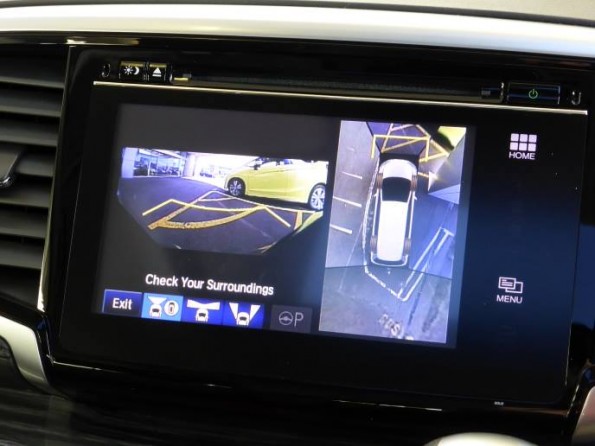 Fence off your garden from your driveway, and use a gate to stop visitors parking in your driveway. If you have a tradesperson visiting, check that you know where your children are before they leave.

Prevent children playing in the car

Don’t allow your children to play in your car as they could release the handbrake and the car will roll downhill, potentially running over any other children playing around, and causing an accident

Educate your children from as young an age as possible about the dangers of reversing cars. This will also help them in other situations such as in public car parks.

Example of a dangerous driveway

The following driveway contains multiple risks. It’s shared with another house, it’s long, it has parking at the end, there’s a deep shadow created by the hedge making it difficult to see what’s there in bright sunshine, and there’s no fencing or gates. It also is at the end of a cul-de-sac which further increases the risk that children might be playing on the road. 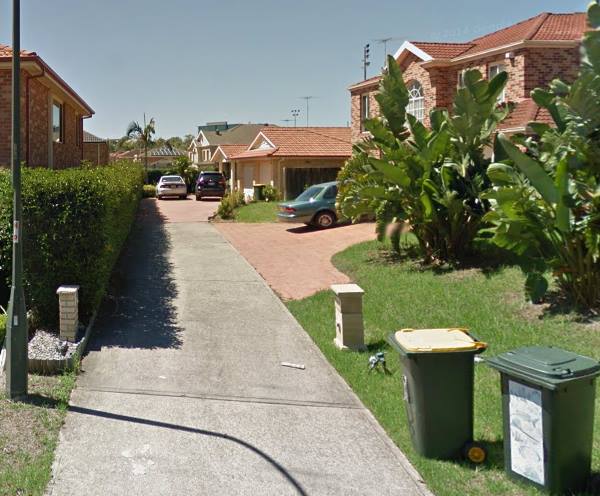