Driver Knowledge Tests
Home › Advice › Can you drive with cruise control in the rain?

Can you drive with cruise control in the rain? 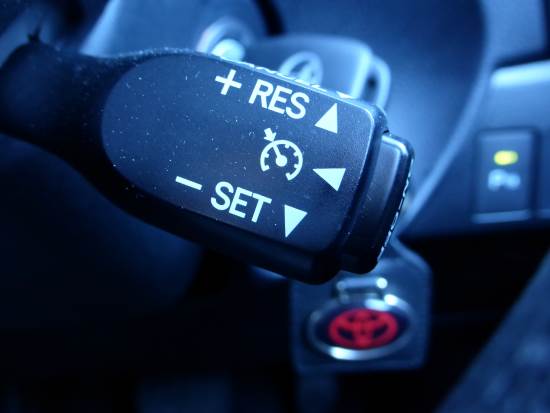 Cruise control is a common technology that allows you to set a particular speed on your car and the car will try to maintain that speed. This is usually regardless of the road conditions, the actual speed limit or the amount of traffic. Newer technologies such as radar-based cruise control (‘adaptive cruise control’) sense other vehicles ahead of you and will brake to maintain a safe distance. Modern cruise control systems will also brake on downhill slopes so that you don’t speed up.

While it’s useful in that drivers don’t have to worry about getting a speeding ticket if they’ve set the cruise speed under the limit, and it can, in some circumstances, be more economical to drive with cruise control (if the road is flat and fairly straight), there are scenarios where you should not use cruise control: slippery roads.

Slippery roads are caused by:

On a slippery road you are more likely to wheelspin, and that means a loss of control.

The main issue is that if cruise control causes you to skid the only way of stopping cruise control is to either turn it off using the button or stalk, step on the brakes or change gear. Stepping on the brakes will be most people’s emergency response and unfortunately this can make things worse if you don’t have anti-lock brakes. Usually with aquaplaning or a mild skid you would simply release the accelerator and steer towards the direction of the skid until you regain grip.

If your car has traction control or electronic stability control those electronics are designed to detect wheelspin and they will restrict the throttle or independently brake the drive wheels to regain control.

The other issue with cruise control is on windy roads. When you turn your car some of the forward momentum is changed to angular momentum by the friction of the tyres on the road – i.e. some of the forwards energy has to be used to turn the car, and this causes it to slow down. Cruise control will try to accelerate through the corner to keep you at the same speed. A small amount of acceleration in the corner balances the car, but too much can cause you to wheelspin and understeer in front-wheel drive cars or oversteer in rear-wheel drive cars.

It is usually better to use a speed limiter, although less cars have these fitted.

If cruise control causes you to skid it won’t cause you to accelerate, although it might feel like it if you suddenly lose control. Read more here about what types of skids there are.