Driver Knowledge Tests
Home › Advice › How is fuel economy calculated and how accurate is it?

How is fuel economy calculated and how accurate is it?

Fuel economy describes the relationship between how much fuel is consumed and the distance traveled. It’s usually expressed in the number of litres per 100km, or the number of kilometres per litre, with the former being the most common. In America and the UK you’ll see it listed as mpg or miles per gallon.

To calculate fuel economy for vehicles delivered in Australia manufacturers usually quote a combination of driving based on the European Driving Cycle. It’s often done on a roller test bench so that environmental variations can be eliminated, but there are professional drivers who are specialists in conducting fuel economy tests. The test is on a flat road at around 25 degrees Celcius.. The measurements given to the public are:

The urban cycle is:

Specific times are given to change gear if it’s a manual car.

As you can see, this procedure might not be typical for many people. Taking 26 seconds to accelerate to 50kph is ludicrous as most cars will do this in less than 6 seconds, and comfortably in under 10 seconds.

The extra urban cycle is designed to simulate slightly more aggressive driving at higher speed. The maximum speed is limited to 120kph.

Total duration is 400s and the theoretical distance is 6956m with an average speed of 62.6kph.

Again, this does not represent the majority of driving.

Let’s take two completely different vehicles as examples, both of which I have driven and tested in every day motoring situations over the course of a week: 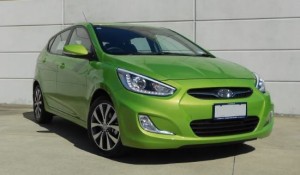 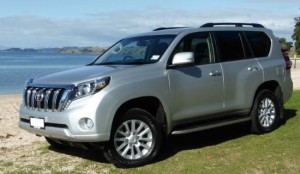 In comparison let’s look at something a bit bigger and more expensive: the Toyota Land Cruiser Prado V6 4-litre petrol. Toyota’s website gives the figures as

Therefore, you should not trust fuel economy figures given to you by manufacturers. I have tested and written about something like 400 cars and very few will stack up to their claimed figures under regular driving. While all vehicles tested should adhere to the testing regulations, chances are that the tests won’t approximate your driving. Budget for the fuel economy to be at least 2l/100km worse than what is quoted. This could be more as the vehicle gets older.

There has been a recent call for a more realistic testing regime that approximates the real world performance of cars, but this would throw some manufacturers into significant trouble in Europe because they fine-tune their cars to achieve 99g/km of CO2 or less, which puts them in a favourable tax bracket. A more realistic driving test would undoubtedly move them above 100g/km of CO2. There is a new test called the Wordwide harmonized Light vehicle Test Procedures (WLTP) in planning and due to by implemented for passenger vehicles from October 2015.

0 comments on “How is fuel economy calculated and how accurate is it?”

1 Pings/Trackbacks for "How is fuel economy calculated and how accurate is it?"