Driver Knowledge Tests
Home › Advice › Which drivers are most at risk of having a crash?

Which drivers are most at risk of having a crash?

We all have some risk of having a crash when we drive; it’s why insurance costs so much. But, some drivers are more at risk than others, and it’s not always obvious. Various studies, including one with 3500 drivers, have found some traits in our emotions, psychology and habits that make us worse behind the wheel.

Anger: drivers that get angry quickly make rash decisions. They are more likely to get into road rage incidents and drive vindictively. Being angry with another motorist is distracting as the focus goes on that motorist and not on the rest of the traffic and hazards.

Sadness and depression: drivers that drive with deep sadness or depression are also distracted. They are more fatalistic when driving. Driving when sad or angry increases accident risk by almost ten times.

Empathy: drivers who are more empathetic tend to have less risk behind the wheel. They can see the potential effects their actions could have on other road users. Empathy can be affected by life situations such as losing a loved on in an accident, having a child, and even getting older.

Risk-seeking personalities don’t always make worse drivers. Studies have found that while they drive faster they simply become more skilled at driving faster. The factor that influences whether they are more at risk is whether they are present-focused as opposed to future- or past-focused.

Future-focused people tend to be sensible: they have savings and think about their retirement, and they worry about what could happen if it was all taken away.

Past-focused people reminisce and take solace in their memories and interactions.

However, present-focused people tend to ‘live for the moment’ and can act hedonistically. They are often less concern with how their actions affect others. More men than women are present-orientated and this is also reflected in the statistics (although, this is not direct causation as many other factors are involved).

Optimists are slightly more at risk because they tend to be worse at planning and judging how much time they will need to make a journey.

People who are poor at time management tend to rush around more. Being in a hurry means speeding and taking risks, such as running red lights.

Drug and alcohol users increase their risk up to 36 times of an accident when they are using. 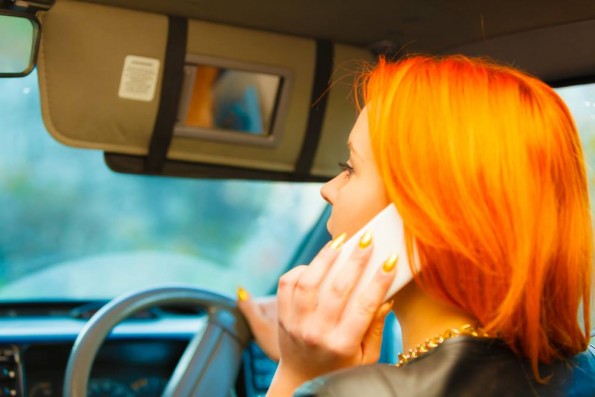 People who drive for work are more exposed because they spend longer on the road. They are more likely to be distracted thinking about the meeting they are going to, or the one they’ve just been to. There are time pressures to get to meetings and be productive (time spent in the car isn’t seen as productive).

Often, the phone is going and there’s a pressure to not ‘miss the sale’ or deliver a bad customer experience.

Deliveries mean distractions looking for the address, plus pressure to get it there on time. There is more traffic, usually driven by other people at work who are distracted.

Some employees work shifts and this can mean fatigued driving is a problem.

Drivers often drive a different vehicle for work and they may not be as familiar with that vehicle, or it’s different in subtle ways to their own (such as the indicator stalk being on the opposite side) and this causes mental load.

A lot of risk when driving is based around experience. Young people have quick reactions, but only to simple and obvious hazards. Complex hazards that they haven’t experienced present more problems: they see what is happening but they don’t know what they are looking at.

The risk is elevated by the fact that they also tend to drive cheaper cars which are less capable and have fewer safety features.

Young drivers are also under more pressure to meet their employer’s expectations.

Tagged with: accidents
Posted in Advice

Who are the riskiest drivers?

Most people believe they are above average drivers, but statistics say otherwise. Numerous studies and statistical analyses have been published,...