Driver Knowledge Tests
Home › Advice › What are sharrows and what do they mean?

What are sharrows and what do they mean?

A sharrow is a road marking consisting of two chevrons (arrows) that indicates it’s a shared lane, usually for cyclists and motorists. 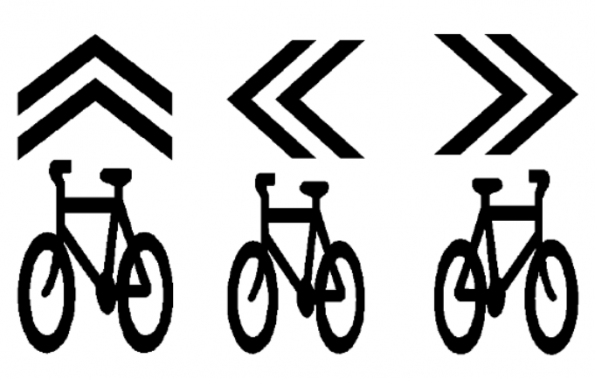 Sharrows can point right, left or straight ahead

Sharrows draw awareness to motorists that there are likely to be more cyclists on this road and that they have the same rights as them. They can indicate a direction in which the cycle route goes.

The positioning of sharrows encourages cyclists to ‘take the lane’ which moves them away from dangerous situations at the edge of the lane such as recessed stormwater drainage grates and people opening car doors. They are used on key routes where there’s not enough room to put a dedicated cycle lane.

Sharrows reduce the number of cyclists riding on footpaths, which is safer for pedestrians, it leads them to give slightly more space passing parked cars (meaning less risk of being hit by someone opening a car door), and encourages car users to give them more space (an average of 60cm in trials).

Sharrows aren’t used on roads with heavy traffic or fast-moving traffic. They are most effective when either the limit is 30km/h or the average speed is naturally less than 30km/h.

They are usually positioned 1.4m from either the edge of the road or from the edge of marked parking bays.

For technical information about sharrows, see this document.

How to do hill starts: uphill and downhill

The hill start is one of the skills that learners often struggle with, particularly in a manual car and on...