Driver Knowledge Tests
Home › Advice › How to do hill starts: uphill and downhill

How to do hill starts: uphill and downhill

The hill start is one of the skills that learners often struggle with, particularly in a manual car and on a motorbike because the likelihood of stalling is much higher. Automatic cars make the process much easier.

New technology, too, can help. Hill hold is a feature which keeps the brakes on until you have enough power to start moving forwards; it stops you rolling backwards.

Using the right sequence to set the car up is important.

As you’ll already be stopped then you’ll have your handbrake on.

Expect to experience some ‘kangaroo starts’ and stalls when you first start to learn. It’s best if you can practice in a quiet street until you’ve mastered it.

The automatic gearbox takes the stress of the manual gearbox away. It’s really just three things you need to think about:

If you haven’t given it enough throttle you could roll backwards; if you’ve given it too much throttle then you will accelerate too quickly, perhaps even with a bit of wheelspin. Eventually you’ll learn the characteristics of your car.

With a motorbike you’ll have your left foot to change the gear and your left hand on the clutch lever. Pull the clutch in and put it in gear then put your left foot back on the ground. Your right foot is also for balance. On gentle hills you can use the front brake, but on a steep hill you might need to use the rear brake as the lack of weight over the front will allow the bike to roll backwards.

Not as simple as downhill starts, though, so let’s look at that technique. 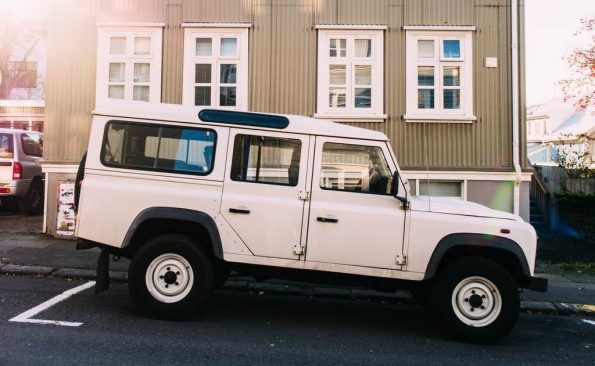 Downhill starts are much easier

When starting downhill, gravity is your friend. The only thing you have to worry about is applying too much throttle.

In this case, the handbrake stops you from rolling forwards.

For a manual vehicle, you’ll have less chance of stalling and you might be able to choose second gear for a smoother start. Follow the same procedure as before.

For an automatic vehicle there will already be the natural tendency for the car to move forwards even when you’re not pressing the throttle.

Depending on how steep the hill is, you might just need to release the handbrake, or you might need some throttle. Leave it in D and let the gearbox decide what it wants to do.

Motorbike riders will need to keep the front brake on to stop rolling forward. Other than that, the process is simple: put it in gear, then feed out the clutch and release the brake as you build up the throttle.