What are dangerous vehicles?

A dangerous vehicle is one that breaks the rules set by government authorities such as Roads & Maritime to ensure that vehicles don’t cause unnecessary danger to other road users. It includes vehicles that are not roadworthy because components have worn out as well as vehicles that have been deliberately modified without seeking approval. There’s more information on Roads and Maritime’s website about modified and non-standard vehicles.

There are a large number of ways in which your vehicle can be deemed unfit for the road, so we’ll cover off some of the most common ones.

Things that stick out from the vehicle

Authorities are concerned about anything that might injure a pedestrian or cause damage to another vehicle, or things that obstruct the driver’s view such as fishing rod holders on the top of a bull bar.

These are also called ‘protrusions’. They include sharp corners and edges, and things that stick out beyond a bumper or bull bar (other than a towbar or other approved accessory). See this article on rules for bull bars.

It’s illegal to have any attachment projecting forward of the bull bar or bumper. Even winches that aren’t attached to emergency and rescue vehicles must be removed when not in use. If you’re thinking of adding something to your vehicle, get it checked out and approved first. Some loads must be covered to stop them blowing away. Fines are over $400 for driving with an uncovered load when it is supposed to be covered.

Other loads must be tied down securely if they are not contained in a closed trailer because a load dropping on the road could cause a fatal accident.

Loads must not project more than 150mm beyond the trailer’s width or be more than 2.5m overall width. If your load projects more than 1.2m behind your trailer it must have a red flag on it that’s at least 300mm square, or a red light and at least two red reflectors if you’re transporting it when there’s not enough daylight.

Vehicle not fit for the road

Parts of your car, motorbike and truck will wear out and could make your vehicle dangerous.

Brakes: when your brakes are worn, you can’t stop as quickly – your braking distance will increase. Pads wear out, as does the brake disc. Tyres: when your tyres are worn, you can’t stop or corner as quickly, you’re at a great risk of aquaplaning when it’s wet, and you’re more likely to get a puncture. Shock absorbers: when your shocks or suspension components are worn, you can’t stop or corner as quickly, and on very bumpy roads there’s an increased risk of you losing control because the wheel can’t stay in contact with the ground as easily. Cut springs are especially dangerous and are illegal. If you’ve raised your suspension then there are potentially a separate set of problems such as lack of stability and too much positive camber (where the top of the wheels sticks out more than the bottom of the wheels). Engine: if your engine causes your exhaust to emit a lot of smoke, it’s dangerous to the health of pedestrians and cyclists. Seat belts: if your seat belts don’t work, you’re in danger in a crash

Windows: over-tinted windows are dangerous for the driver because they reduce visibility too much. 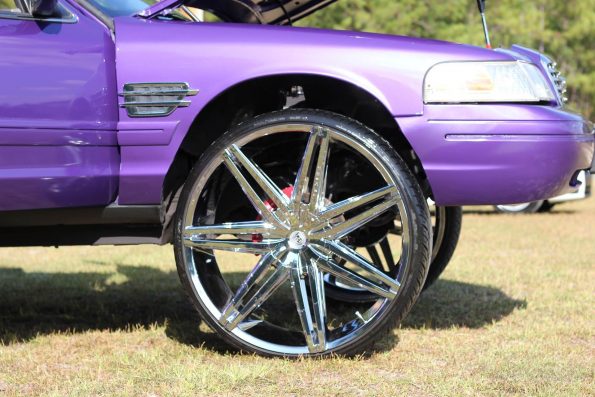 If you are thinking of modifying your vehicle, check out this document first.

Dangerous goods do not mean a vehicle is dangerous. ‘Dangerous goods’ describes the things the vehicle is carrying, which might be corrosive, explosive, toxic, radioactive or infectious. Rules apply – find out more on R&M’s website.

Using meditation to help you pass your driving test

Taking your driving test can be a stressful experience. Whether it's a practical or theory test, there is extra pressure...