We are bombarded with advertising and marketing messages every day, but are they appropriate on the road where we can be distracted from the task at hand: driving? The whole purpose of a roadside ad is to distract the driver into not looking at the road, so are there any benefits?

Why roadside advertising is good

Roadside ads can provide a welcome mental and visual stimulation on long, boring routes. If you imagine driving several hundred kilometres along the Nullarbor plain and all you see is the image below, your brain begins to wander and look for stimulation. A road sign, advert or billboard can quickly reset its boredom so that you can focus again.

Even in environments which could be perceived as moderately challenging for new drivers, experienced drivers could experience a certain amount of fatigue and will self-regulate their amount of distraction by turning on the radio, engaging in conversation with a passenger or simply thinking about something else.

If you are driving along an unfamiliar street looking for a garage sale it’s much easier to see a sign like the one below than it is to have to constantly look for house numbers, and the same applies for many different kinds of events where you need to locate the entrance or location in a vehicle. 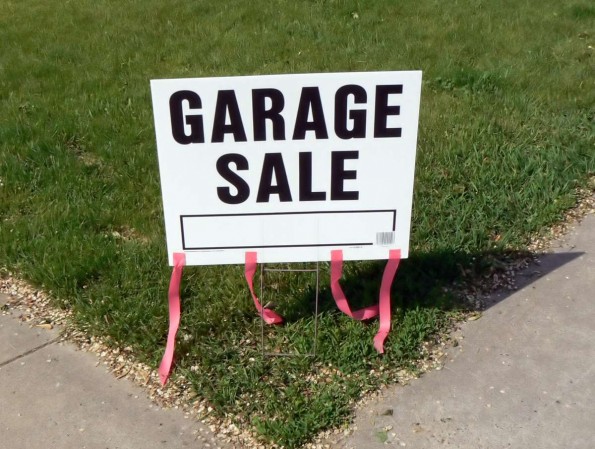 Roadside advertising is also good because it advises drivers of services available in their area. This could be a petrol station or rest stop and helps make driving safer and more convenient, or a sign advising that vehicles will be towed from that area by a specific towing company. We live in an ostensibly free market environment and companies have the right, within reason, to promote their businesses.

Why roadside advertising is bad

Visual pollution is a real problem in some areas. A plethora of different colours and messages make it difficult for a road user to know exactly where to look.

Light pollution can occur on billboards that are lit at night.

Signs are usually mounted on poles, and extra poles on the side of the road create extra obstacles for pedestrians and road users.

Signs distract your attention away from the road. If you take 2 seconds to read at sign while driving at 50kph you’ll have travelled almost 30m not looking at the road.

Digital billboards with moving images have the ability to attract a driver’s attention for longer than is deemed safe (in fact, they are not permitted in Queensland and WA). There are rules around what can be shown on these displays:

VMS/moving signs that face the road reserve and are visible to drivers will only be approved if the display is completely static from its first appearance to the commencement of a change to another display. VMS will only be approved if the sign does not contain any scrolling messages (i.e. displayed text which moves up, down or across the screen so that a line of text or graphics appear at one edge of the screen for each line that moves off the opposite edge). Video and animated electronic signs, including any signs which contain any portion of video and/or animated content will not be approved if facing the road reserve and visible to drivers. According to the Safety Assessment Matrix for advertising on RTA infrastructure, a message is considered low risk (1–2 rating) if it is not animated/ changeable or remains static for at least 5 mins. It is considered medium risk (3) rating if the message stays static for less than 5 mins. Note: VMS not recommended for advertising in NSW.

There are no studies that we could find that specifically state that billboards on the side of the road are dangerous, but they are still regulated. There is anecdotal evidence with drivers saying they were distracted by a billboard, but not as many as, for example, drivers that were distracted eating or drinking. Drivers can also be distracted by children and pets in the car, pedestrians, hunger, thirst and other interesting things outside the vehicle that aren’t signs. In a study by the VirginaTech Transportation Institute, visual inattention was a contributing factor in 93% of rear-end collisions (i.e. nose-to-tail).

Two-wheeled vehicles are inherently unstable and therefore are much more affected when the road surface is inconsistent. It would be...