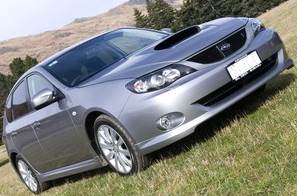 No, you can’t have one of these Subarus on a P-plate

Minister for Roads and Freight Duncan Gay recently announced new rules that increase the number of ‘safe vehicles’ for P-platers. This new list adds around 6500 new vehicles which should help make life easier for families and young drivers to pick a car.

Changing technology in cars means that many supercharged and turbocharged vehicles are no longer high-performance vehicles; they’re economical cars that use smaller engines and efficient forced induction to get better fuel economy and reduce weight.

Mr Gay said he had ordered the Centre for Road Safety to look into the reforms to redefine high performance vehicles to reflect the reality of today’s cars.

“I asked our safety experts to work with other states and territories, the Federal Government and the Federal Chamber of Automotive Industries to re-evaluate the list of banned cars to recognise changes to technology and provide a more uniform approach across the country,” Mr Gay said.

“The previous blanket ban on P-platers driving supercharged or turbocharged vehicles was put in place when the features on these cars were only used to enhance speed and acceleration.

“These days, for many vehicles in this category it is about fuel efficiency not speed and acceleration, so it was appropriate we revisit the ban in light of the fact many of these vehicles are low performance with modern, effective safety features.

“The new rules to be introduced from 1 August will provide P-platers and their families with 6,500 more options while helping to ensure they can stay safe.

“For families with a car which may have been previously off limits to young drivers, these reforms mean P-platers no longer need to carry an exemption when driving the family vehicle.

A new online tool at http://roadsafety.transport.nsw.gov.au/ will be launched shortly that allows P-plate drivers to find out whether their desired car is banned. Around 7500 vehicles will remain banned for P-platers including any car above 130kW per tonne, and a few cars that have performance characteristics that mean they are higher risk for inexperienced drivers.

“For example the 2007 Subaru WRX has a power-to-mass ratio of 123 kilowatts per tonne, but is banned because it can also go from zero to 100 in less than six seconds,” Minister Gay said.