What is lane departure warning?

Lane departure warning systems are technologies that warn drivers when the vehicle begins to move out of a lane that is defined on the road by painted lines. The systems don’t function if the driver is indicating, only if they move across a definite detectable line while not indicating.

The systems are useful to alert distracted and tired drivers that they are drifting out of their lane. Tired drivers particularly benefit from this system which can jog them out of microsleeps.

There are two types of systems: those which simply warn, and those which also take action to keep the vehicle in the lane (typically warning vs. keeping).

The systems vary in how much assistance they give the driver. All system have one or more of the following features:

When combined with adaptive cruise control (radar-based cruise control) and autonomous emergency braking, lane keeping systems function as a basic autonomous driving mode, enabling the vehicle to speed up and slow down in response to the traffic it is following, and remain in the lane. Some vehicles do allow this in a limited sense up to a certain speed, but they must still be supervised by a human driver.

The lane markings must be visible otherwise the systems can’t work. This means that if the lane markings have been burned off or are covered with snow or standing water, lanes can’t be detected. If the camera becomes dirty, it won’t see the lanes well enough. False positives are common in areas where lanes have been changed or where there are many road markings. 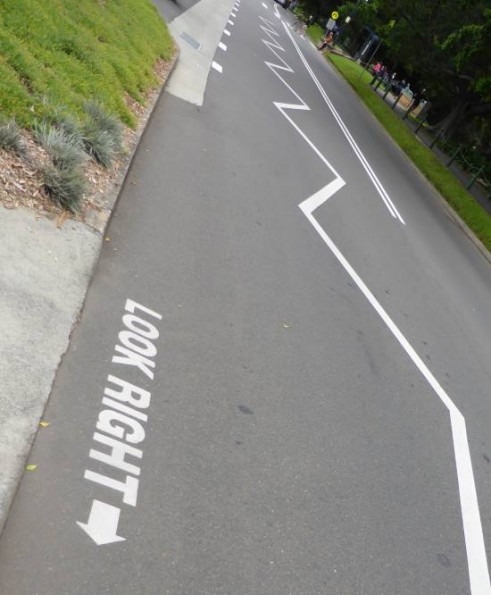 Complex line markings are difficult to interpret, such as these pedestrian crossing marks in Sydney