Driving under the influence of illegal drugs 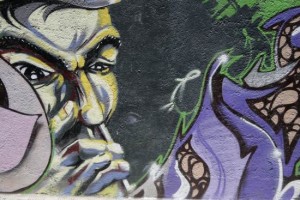 Is it safe to drive under the influence of illegal drugs like cocaine or LSD? How much can you take before you driving is affected?

If figures from other countries are to be believed, around 3.5-5% of the population will drive under the influence of illicit drugs at least once per year. However, in a test in America in 2007, over 11% of those stopped on a weekend or nighttime tested positive, with young males aged 18-25 representing the demographic most likely to drive after taking illegal drugs.

You are also more likely to be injured in a car accident if you have taken illicit drugs. A study in Maryland, USA of seriously injured drivers admitted to a shock trauma centre showed that their bodies had traces of marijuana (26.9%) or cocaine (11.6%).

The most common illegal drug is marijuana – also hash or weed. In a study of over 3000 fatally injured drivers here in Australia it was found that the driver was much more likely to be at fault in the accident if THC was present in their blood, and the higher the concentration, the more likely it was that the driver was culpable. THC, or delta-9-tetrahydrocannabinol, is the active ingredient in marijuana.

Additionally cannabis, marijuana, weed or hash increase your sensory awareness while simultaneously removing your body’s ability to process those senses. This can lead to panic attacks, anxiety and over-reactions. Long-term use leads to difficulties with short-term memory loss.

Like marijuana, opiates such as methadone and heroin are depressants. They cause:

As they make you drowsy there’s a risk you will fall asleep at the wheel.

As the name says, hallucinogenic drugs cause hallucinations, or symptoms of seeing things that are not there. They include LSD, PCP, magic mushrooms and ketamine. Some people may be susceptible to hallucinations when on marijuana or ecstasy.

Obviously, seeing things that aren’t there is a bad thing when driving, but equally, hallucinogens can make you not see things that are there, which is as dangerous. They reduce your coordination and reaction time, blur your vision and impair your thinking processes.

LSD’s effects on the brain are difficult to quantify but it is thought that it causes an over-production of certain chemicals which creates confusion and over-stimulation in the brain. It speeds up the production of glutamate which is a neurotransmitter which speeds up signal transfers within your brain. It also reduces the ability of serotonin to mediate responses to pain and stimulation. All of these contribute to sensory overload, confusion and, ultimately, panic attacks.

Stimulants are drugs which accelerate your central nervous system. Common stimulants are cocaine, amphetamines and ecstasy. Their effect on your driving is quite dramatic as they

Users of cocaine may report blackout periods and poor decision-making abilities. When the effects of the drug wear off you are likely to fall asleep at the wheel.

Amphetamines also impair your decision-making abilities, and amphetamine users often have dependencies on other drugs to mask the side effects of coming down.

What’s the safe level of illegal drugs you can use when driving?

All illegal drugs have dangerous effects on your body and affect your ability to concentrate or make rational decisions. Any level of use of illegal drugs, as with alcohol, will have some effect on your body.

There is no safe level. If you want to take illicit drugs ask a friend to drive you, or take a taxi or public transport.