Driver Knowledge Tests
Home › Advice › Why don’t new cars ever have zero kilometers on the odometer?

Why don’t new cars ever have zero kilometers on the odometer?

If you buy a new car (or even just go and look at a new car in a dealership) you’ll never find one that has zero kilometers on the clock. The minimum will be around 4 and it will usually be a few more. Cars are built on an assembly line and when they get to that final point where everything works and has been tested they are driven from the factory for a short test, then into a holding yard. GM’s holding yard at its factory in Port Melbourne on the right-hand side of this photo is around 300m long. A car is driven from the factory to a place in this lot.

Once they are ready to be loaded, they are driven onto either car transporters to be taken to a ship or train, (or for some manufacturers they have rail directly to the yard). Here they are unloaded again awaiting loading onto the next mode of transport. If it’s a ship then they will clear customs before being driven onto the ship. The ships themselves can be more than 200m long. At this point the car could have already done over a kilometre; some factories, such as Ford’s Chicago assembly plant could see the car being driven almost 2km just to park it near the railway terminal.

At the other end of the journey the car is driven off the ship into a holding yard at the port. 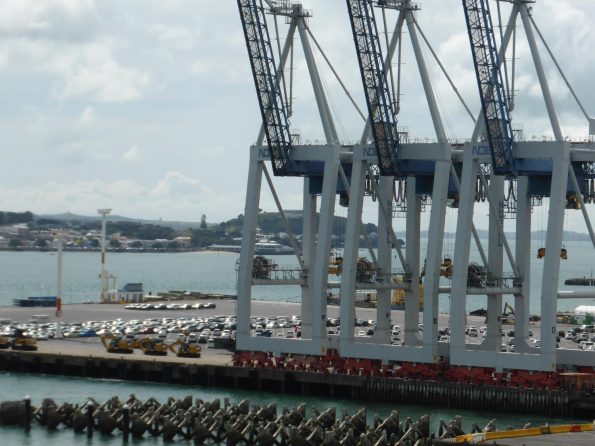 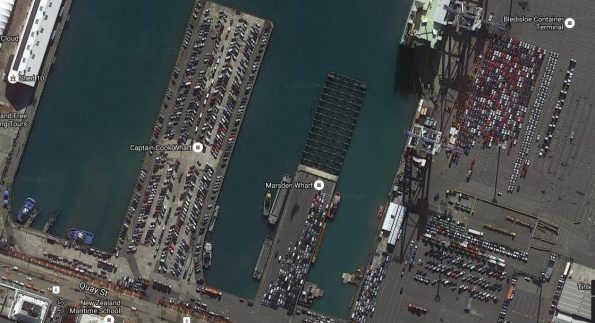 This Google Maps image shows all the wharves with significant numbers of vehicles; Bledisloe Wharf is on the right. Each wharf is over 200m long

They might be driven more than a kilometer off the ship and into the giant vehicle importation yards awaiting customs clearance.

From here they are collected by car transporters to take to a main distributor’s holding area. There are large importers of vehicles that bring in multiple different marques, for example Sime Darby who import Peugeot, Porsche, Citroen, BMW, Mini and Ferrari.

All this involves driving the vehicles and shuffling them around. From here they will be loaded once again onto car transporters and transported to individual dealers. Once at the individual dealerships they will be positioned on the yard and periodically driven to keep them fresh. They might be shuffled into different positions, or go to third-party suppliers to have other equipment fitted such as leather seats or LPG tanks.

It is impossible to get a car from a factory to the dealer with zero kilometers unless it is picked up by a crane or put in a container immediately it leaves the assembly line, and its never has to be moved under its own power. Plus, the short distance that the car is driven gives the factory a chance to test that it all works; defects that crop up can be corrected before the vehicle leaves the factory grounds.