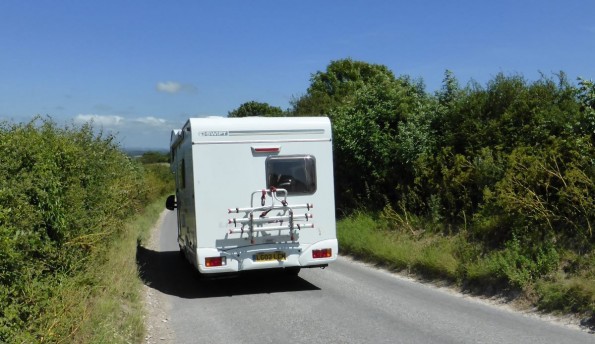 If you’re heading on holiday to Europe to catch the late summer and you will be renting a car, it pays to know these rules so that you don’t get a fine.

If you are taking children, every country has different rules. This Wikipedia article contains a list of links for the relevant authorities.

There are no countries in Europe where it’s permitted to drive using a hand-held cellphone.

As you will be used to driving on the left, only the UK or Malta will be familiar to you, but there are plenty of idiosyncrasies about driving there – see our list below.

You will need to bring your driver licence and passport when renting a car. Many rental agencies also require proof of a return flight.

Countries with a blood alcohol limit of zero

Czech Republic, Romania, Slovakia, Estonia and Hungary all have zero limits for all drivers.

Italy has a zero limit for drivers under 21, or for the first 3 years after getting a licence.

Germany has a zero limit for drivers under 22, or drivers who have only had a licence for up to 2 years.

Macedonia has a zero limit for drivers in their first two years after getting a licence.

If you want to see what a Danish prison looks like, try driving with a blood alcohol level of more than 0.2%. The same applies to Poland which metes out 2-year prison sentences if drivers are above 0.05%.

Countries with only 0.2% blood alcohol limit

A first aid kit is compulsory, and the maximum blood alcohol level is 0.01%

A sign showing a bugle with a red line through it means that you must not use your car horn.

Some one-way streets allow cyclists to travel both ways, so don’t get confused in your car.

It’s mandatory to wash your car upon entry into the country. Belarus and Russia have the same rule, and it’s technically illegal to drive a dirty car.

It’s illegal to use your horn for anything other than avoiding a road accident – don’t toot your friends goodbye.

You can only park on the left in one-way streets.

The motorway speed limit is 140kph! (Poland has the same speed limit)

Watch out for annoyingly frequent changes of speed limit between 20, 30 and 40mph in residential areas.

You can park on either side of the road (i.e. facing traffic)

There are speed cameras everywhere.

The speed limit on dual carriageways and motorways is 70mph (112kph), or 60mph (96mph) on single carriageways, unless otherwise signposted.

In a rule that alludes to the quality of the Estonian vehicle fleet, all safety kits must include at least two wheel chocks to ensure you can stop your car on a slope if you break down.

Between October and March the motorway speed limit drops by 20kph to 100kph.

You must use headlights all the time. This rule also applies to Sweden, Norway and Iceland.

You must only park on the right-hand side of the road, and on some days parking is not allowed because the streets are being cleaned.

You must not use any type of headphones, even with your phone.

The BAC is 0.02% and you must always travel with a breathalyser in your car.

Watch out for speed cameras that work in both directions.

You must not park closer than 5m to a pedestrian crossing.

You must carry spare headlight bulbs. If a driver flashes their lights at you it’s because they are going first – it’s not an invitation for you to go first.

Winter tyres are required at certain times of the year.

You’re not allowed to smoke while driving.

Two-wheel drive rental cars are not allowed on F roads – you can take your own car on F roads, though.

You must not drive off the boundary of the road; this is to protect flora and fauna.

Front seat passengers must not be visibly under the influence of alcohol.

Again, alluding to how rubbish the general vehicle fleet is, all Serbian vehicles must carry a tow bar and three metres of rope.

If a road has no yellow lines it means no parking. In one-way streets you can only park on the side of the road where houses have even numbers on even numbered days of the month, and vice versa.

You must not use headphones while driving.

Cyclists always have right of way.

You must not wash your car on Sundays. Picking up hitchhikers is illegal (the same rule applies in Russia).