Driver Knowledge Tests
Home › Advice › How much does driving affect the environment?

How much does driving affect the environment?

We hear frequently that driving is bad for the environment, but why? While we are not asking you to get out of your cars, it’s good for you to know the impact of driving so you can make a choice that fits with how you feel about the consequences.

We have to expend energy to move a weight from one place to another. If that ‘weight’ is you it’s either energy you expend (walking or cycling) or it’s energy expended by something else, for example, a car. Energy has to be harnessed from somewhere and in the car’s case it will be petrol or diesel. The energy is converted into heat and other products (e.g. greenhouse gases). But let’s take it back further. To even create the car an enormous amount of energy must be expended:

As creating energy liberates heat, all this contributes to the general global warming effect.

The downside of creating energy to move weight is that the products we use (petrol and diesel, predominantly) also contain toxic chemicals that are released when we convert them to energy. These are in the form of hydrocarbons, nitrogen oxides, carbon dioxide, carbon monoxide and small particulates. Even when the car is not running there’s a small amount of evaporation of fuel into the atmosphere.

Emissions can cause acidic rain. Oil spills from vehicles seep into our groundwater.

Pollution also happens at the source: mining machinery tends to be diesel-powered. In some areas, the electricity used at the factories that make the cars will be derived from burning coal. Ships use heavy fuel to transport the materials to the factories and the cars to ports globally.

Pollution happens wherever fuel is mined. You’ll probably remember the Deepwater Horizon oil spill in 2010 and how devastating that was on the ecosystem.

Because the majority of us use private cars we actually need more space than if we used public transport. Motorways are wide. If everyone took public transport, motorways could be narrower. Some roads could simply be rail lines that are half the width. 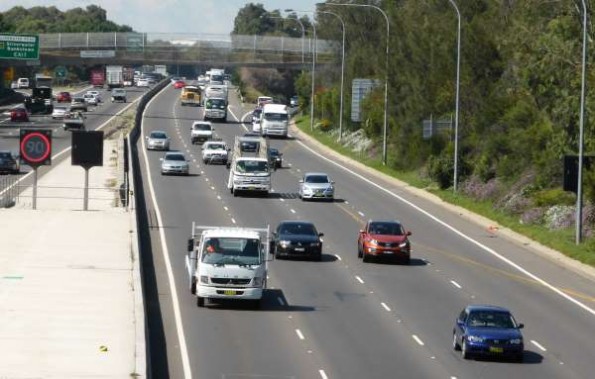 The dark colour of the roads acts as a heat sink, causing further warming.

70-80% of a modern car is able to be recycled, but this still leaves a lot that isn’t. Plastics can break down to form microplastics that get into our food chain. Toxic chemicals from batteries and other products can stay in the environment. Volatile organic chemicals evaporate off the materials into the atmosphere.

Vehicles make a lot of noise. At speed, it’s mostly tyre noise, but some vehicles do have noisy engines, too. This affects the quality of life of animals and humans living nearby. Electric vehicles are not the complete solution as they are still as noisy at motorway speeds.